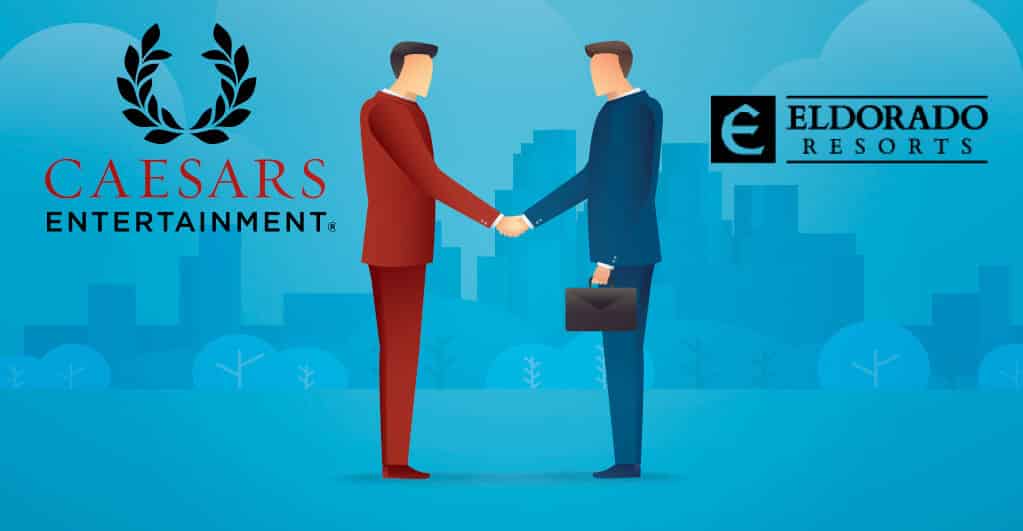 The Indiana Gaming Commission has advocated the suggested integration of Eldorado Resorts and Caesars Entertainment with specific riders. It has instructed the merged entity to vend three casinos before the amalgamation can be implemented.

The reason why the Commission has given this order is that it does not want the combination to take over a major part of the gaming industry. It could easily be in the region of 60% of total revenue. This would be especially applicable for Indiana, more than other States.

Eldorado operates the Tropicana casino in Evansville, Indiana. Caesars has a broader network with Harrah’s Hoosier Park Racing and Casino, Caesars Southern Indiana Casino, Horseshoe Hammond Casino, and Indiana Grand Racing and Casino. This is what the Commission had reservations about—a monopoly over gaming revenue in Indiana.

While Eldorado has agreed to spin off two of the casinos, the Commission insisted on three casinos to be divested. It, however, left the choice of the casinos to Eldorado. And that is not all; another pre-condition of the merger is that the combined business should not reduce the number of people working in the remaining casinos in three upcoming years.

A few other approvals are pending from different agencies. A sanction is required from the Indiana Horse Racing Commission for shifting of ownership of Indiana Grand and Harrah’s Hoosier Park racinos. The last pending approval is from the New Jersey Casino Control Commission. In the previous week, the Nevada Gaming Control Board had approved the deal. The deal had been in the pipeline since June 2019. To take control of the Caesars business, Eldorado is set to pay $17.3B– $7.2B and about 77M Eldorado common shares.

Contribution of Online Casinos in the growth of the Gambling Industry

Most Common FAQs by Players on Bitcoin Poker