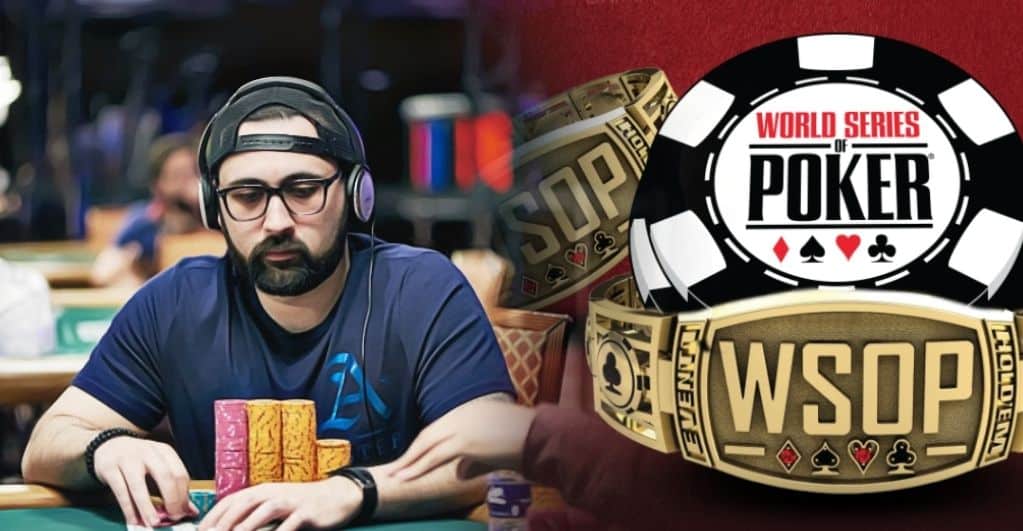 WSOP is generating a buzz with back-to-back tournaments, and its 14th bracelet event of 2021 recently wrapped up too. The operator concluded the 500 dollars buy-in No Limit Hold ’em event where Gionni Demers landed his first bracelet of 2021. The New Jersey-based player is a popular name in the power circuit, and Demers proved it by defeating 1,000+ entrants.

The event attracted 1,036 players for a prize pool worth 466,200 dollars. Gionni secured first place to earn a whopping 90,023 dollars. As ridiculous as the amount is, it was not even the highest win for Gionni. The player won 302,005 dollars back in 2011 in WSOP’s main event. Gionni currently holds around 625,608 dollars in total career earnings, which is a huge feat given the fierce competition in the space.

Demers owned the biggest chip stack as the final round started. The player improved the stack after defeating Ethan Yau’s ace pair and a queen with two pairs of eights and aces. Ethan scored 6,387 dollars for ninth place, and the next to fall was Daniel Marder. Daniel lost with an A-5, taking 8,345 dollars for the right spot.

Demers increased the stack by eliminating Pierce Mckellar with pocket aces as Pierce won 14,825 dollars for the sixth spot. Jonas Wexler dropped in the next hand to secure the 5th spot and a prize of 20,233 dollars. Despite a good run, Philip Shing lost to Demers K-Q, eventually winning 27,972 dollars for the fourth position.

Samantha Lake took a chance going all-in with K-Q but lost to Demers A-7 as another seven was added into the play. Lake won 39,207 dollars for third place, and finally, David Williams faced Gionni Demers.

The round started with Demers owning a 3x larger stack than Williams. However, the showdown did not last long as David’s pair of fours lost to Demers’s pair of sevens. Williams earned 55,664 dollars for the second spot, and Demers managed to earn the title with a pocket pair.

With this victory, Gionni Demers landed 2021’s first bracelet, hoping for more to come. Seeing the list of upcoming tournaments, the New Jersey-based professional has high chances of increasing the count.