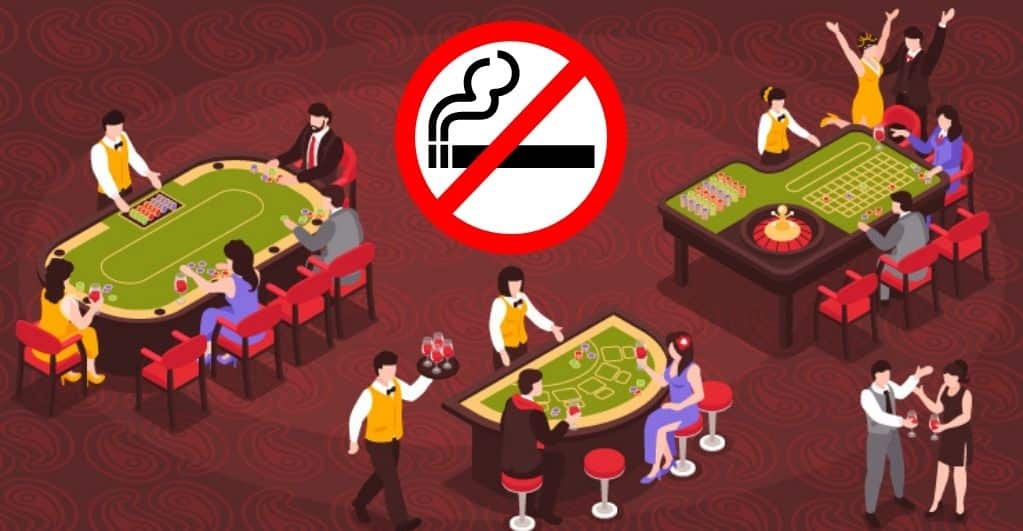 Employees and customers in Atlantic City casinos are demanding that casinos make the ban on smoking permanent because second-hand smoke is a health emergency.

Since the reopening of casinos last July, the majority of guests and nearly every casino employee had been applauding the disappearance of secondhand smoke drifting through the gambling halls.

However, Governor Murphy ended the ban without addressing the exemption for the Smoke-free Air Act passed previously. Sen. Joseph Vitale, by whom the Emergency Health Powers Act was written, mentioned that the Governor could have kept the ban on smoking and then ended the emergency because Secondhand smoke and the COVID virus it transmits are a public health concern, and prohibiting smoking is clearly within his powers to safeguard the public and casino staff.

The 2007 New Jersey Smoke-Free Air Act outlawed indoor smoking in virtually all places across the state, but gaming halls in Atlantic City were excluded. That same year, the city approved an ordinance limiting casino smoking to not more than 25% of the gaming floor.

On the flip side, this “loophole,” according to proponents of smoke-free casinos, is discriminatory toward casino employees. A permanent smoking prohibition, according to the Casino Association of New Jersey, might result in fewer consumers, lower casino employment, and reduced tax revenue.

Employees and supporters have criticized the casinos, while casino executives have responded by citing the casinos’ investment in “state-of-the-art air filtering systems”.

Casino sector executives have emphasized economic reasons and competition for preferring to allow limited smoking at casinos, along with their confidence in the ventilation systems’ technology.

Studies have shown that exposure to even low amounts of secondhand smoke can be hazardous, and the only method to totally protect nonsmokers is to entirely prohibit smoking in indoor spaces.

According to an online survey, 78 percent say smoking should not be allowed in casinos, while 21 percent believe it should.